The condominium Lomas de Punta Sal is located in the best area in Punta Sal. With 62 independent and registered batches in SUNARP.

This project not only encourages the ecology’s well-being of the zone’s flora and fauna, but it’ll let the owners enjoy the magic of the north with an innovating architectural concept in front of the sea.

The architectural design of the condominium is in charge of Línea 74, the company established by a team of architects specialized in these kind of projects.

The houses of Condominio Lomas de Punta Sal are result of an exclusive and different concept, one that has been developed to be in harmony with the environment and the best attractions of the area. 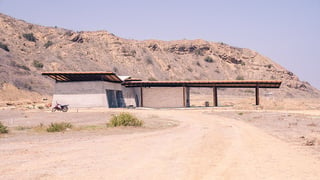 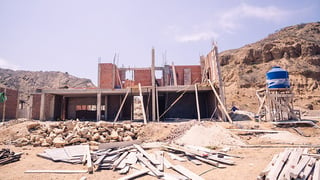 The Noroeste Biosphere Reserve (RNWB) controls a group of natural areas, which attractions represent a great possibility for the touristic development of the Tumbes department in general, and for the north region of Peru

Located on the north side of Piura’s department and the extreme south of Tumbes department. Is the best preserved example of equatorial dry forests in the whole pacific region. Of the 14 species of animals that registers, is the first protected area on the country with the biggest number of threatened species.

Between all of them the ones that stand out are Gavilán Dorsigris, Perico Mascareño, Venado Gris, Ardilla de Nuca Blanca, Boa, between others. There has been registered, 44 arboreal species, 46 46 bushy species, 61 ground herbaceous species, 12 crawling herbaceous species, 6 parasites, 7 cacti arborescent, 7 bromeliads and 12 epiphytes, between them 4 varieties of orchids.

Inside, control spots have basic facilities that allow visitors stay overnight. Foresters give verbal information to the visitants, inside the park are paths and 2 touristic lookouts. Besides, in Quebrada Faical sector it has been built the biological station El Caucho that provides goods for the tourists on the zone.

Protected area by the government since 1988. Has one of the landscaping destinies most beautiful of the north. Located on Zarumilla province in Tumbes and has a biological diversity of 2.972 hectares of mangrove forest.

Formed by islets and muddy channels, mangroves serve as refuge for a great variety of species, among then stand out: birds, fishes, crustaceans, mollusk. In addition, is home of the Mangle, a type of tree twisted that grows between the sea and the rivers of the tropical zones, its branches and roots measure about 15 meters of height approximately.

Preserves an important portion of the seasonally dry forest of the northeast of Peru and brings special conditions to develop the sport hunting and tourism. The CCEA is the only property of official hunting in Peru where sport hunting it’s practiced, where the white tail deer is the most important species for this activity.

Your visit is a unique experience that offers a place with great possibilities to develop touristic options that guarantee a close encounter with the nature in one of the most important ecosystems that has the country, the dry forest.

How to be part of the Condominium?

Contact us to provide you with all the details of this exclusive and innovative project.

Schedule a meeting to personally know all the components of the Lomas de Punta Sal Condominium, you can even schedule a guided tour.

All lots are independent and registered in SUNARP, which is why the transfer of ownership is immediate and safe.